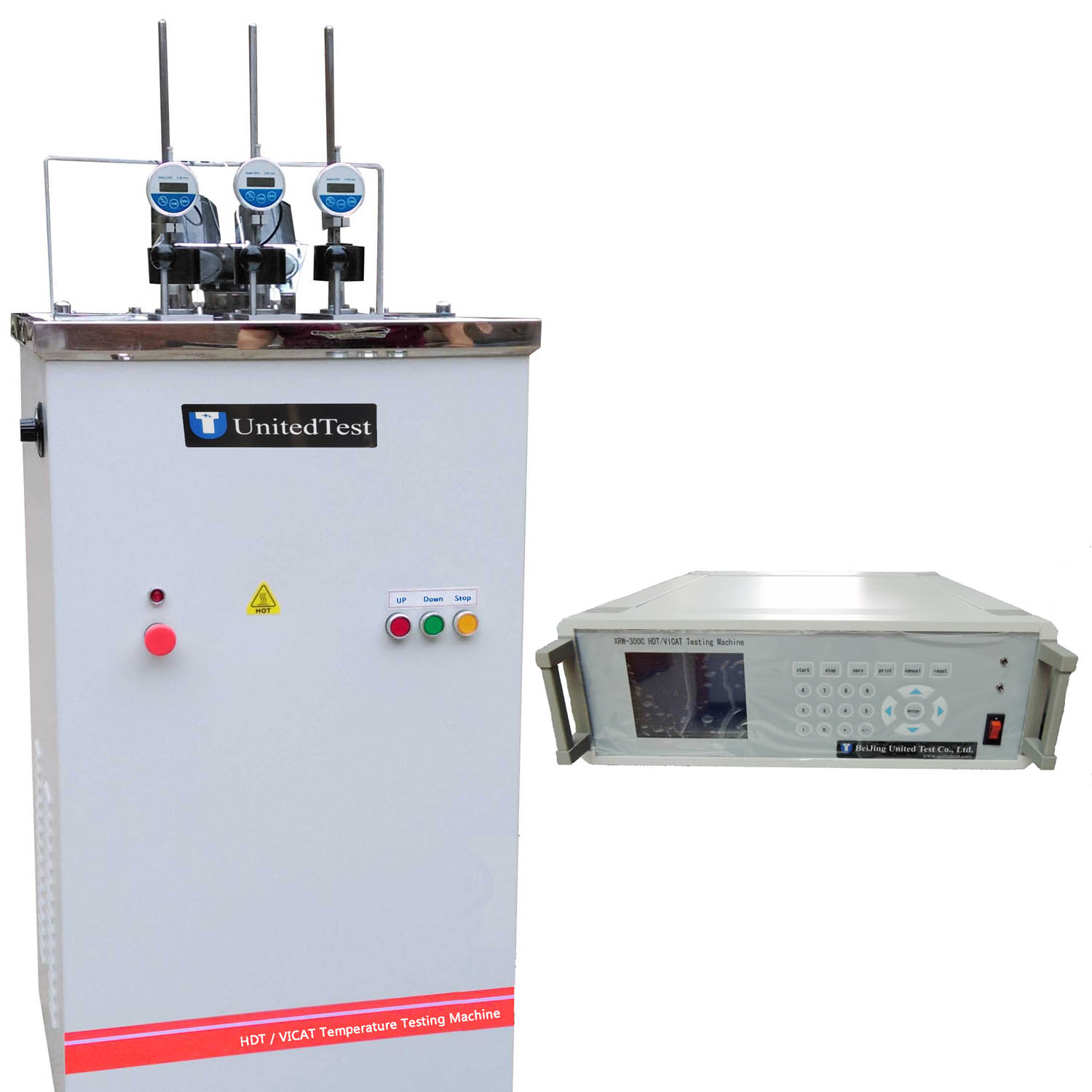 HVT series of HDT/VICAT testing machine is mainly used to determine temperature of deflection under load and Vicat softening temperature of thermoplastic plastics, pipes and fittings.

Heat deflection temperature (HDT) (ISO 75, ASTM D648) indicates the relative behavior of different types of material under load at elevated temperatures. It is determined for materials such as thermoplastics, hard rubber and duroplastic laminates.

Vicat softening temperature (VST) (ISO 306, ASTM D1525) provides a value for the temperature at which a thermoplastic material begins to soften rapidly. This temperature is determined using a needle-shaped indenter with a round cross-sectional area of 1 mm.

Test Procedure (HDT Heat deflection temperature test):
The bars are placed under the deflection measuring device. A load of 0.45 MPa or 1.80 MPa is placed on each specimen. The specimens are then lowered into a silicone oil bath where the temperature is raised at 2° C per minute until they deflect 0.25 mm for ASTM, 0.32 mm for ISO flatwise, and 0.34 mm for ISO edgewise.

Test Procedure (VST VICAT softening point test):
A test specimen is placed in the testing apparatus so that the penetrating needle rests on its surface at least 1 mm from the edge. A load of 10N or 50N is applied to the specimen. The specimen is then lowered into an oil bath at 23 degrees C. The bath is raised at a rate of 50° or 120° C per hour until the needle penetrates 1 mm.

ISO 75
Plastics -- Determination of temperature of deflection under load